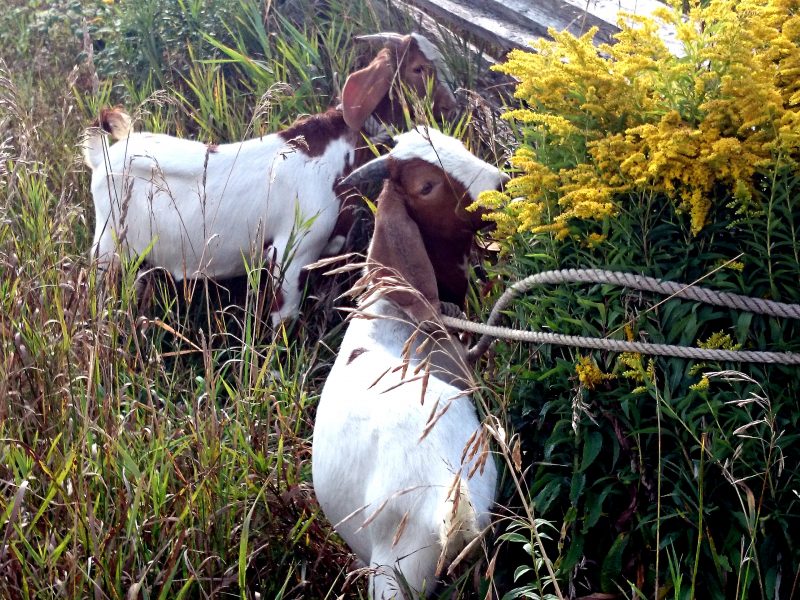 Hold your horses, small business owners—it’s time for the Chinese New Year. So, “Gung hay fat choy,” which is the traditional new year’s greeting. Loosely translated, it means, “Congratulations, and may you have a prosperous new year.” Get ready to welcome the Year of the Sheep.

Throughout the Asian world, the Chinese—or lunar—new year is a big deal. New Year’s Day officially occurs on Feb. 19, but similar to the Christmas holidays in the Western world, celebrations and festivities occur over a few weeks.

The Chinese new year is rich with traditions, one of which is to associate each new year with a specific animal. There are 12 animals in the Chinese zodiac, and trends for the coming year are predicted to align with the traits of that year’s animal.

2015 is the Year of the Sheep, though sometimes referred to as the year of the goat or ram. After a runaway Year of the Horse in 2014, the Year of the Sheep promises a calmer, more secure and predictable time. This year can be a very auspicious—though not dramatic—year for small business. Sheep years bring success to those who use intelligence, creativity, tenacity and teamwork over sheer force or dynamism.

The Year of the Sheep is also the eighth year of the twelve-year Chinese zodiac cycle. In Asian culture, eight is a lucky number (as seven is considered a lucky number in Western culture)—so this is expected to be a year of particular good fortune.

Another characteristic of sheep that bodes well for your small business is that sheep produce wool, which replenishes every year. So this year, pay particular attention to developing customers who will produce recurring revenue. Can you create a subscription basis for your product or service? Can you create “wool” that you can shear over and over?

What type of entrepreneurs and small business owners should benefit in a Year of the Sheep?

• First, this should be an auspicious year for “sheep-like” entrepreneurs. Don’t take that as an insult. Many are fooled by sheep’s soft, fluffy exterior, but underneath sheep are tough and resilient even if they don’t attract a lot of attention to themselves. Does that describe you? If so, you’re in for a banner year.

• The sheep is also considered the most feminine of the Chinese zodiac animals, so it should be a promising year for women entrepreneurs. So all you females out there who have been thinking about starting or growing a business, now’s the time to go for it.

• In the Chinese zodiac, sheep people are also associated with creativity and the arts. So, this should be a favorable year for entrepreneurs and small business owners who are engaged in creative endeavors, whether involved in traditional arts and music—or the creativity of designing a new mobile app, handbag or hairstyle.

• If you’re the kind of entrepreneur who works well in teams, this should be a good year for your small or growing business. You may have noticed that sheep seem to be happy hanging out in herds.

Now, let me be clear, I’m not a believer in astrology. But I have found that many of the characteristics attributed to the animals associated with different years of the Chinese zodiac have mirrored what has happened in my own company. For instance:

• 2009 was the Year of the Ox. It was the height of the Great Recession, and in we found we could succeed by especially hard work, plowing new lines of business to muscle through bad times. That worked.

• 2010 was a tiger year—and all that hard work in the ox year paid off. It was one of the best years in my company. Everything came our way.

• 2014. Last year, a horse year was marked by being pulled in many different directions, a feeling of things rushing by. The challenge was for us to rein in our opportunities and ideas.

Personally, I’m looking forward to a sheep year. I hope it will be much calmer than last year, with more stability, greater teamwork, exciting creativity, all leading to higher recurring revenue. Baa, baa, black sheep … we’re hoping for much more than three bags full.

This article originally ran in USA Today on February 13, 2015

Four Keys to Make Customers Fall in Love with Your Small Business
Next Post: Is a Franchise a Ripoff or a Road to Success?

It's still the start of a fresh new year. Time to

Here's to a new year FULL of possibilities, small