PlanningShop is the leading publisher specializing in business planning, entrepreneurship, and small business. How can we say that? Well, there are a handful of publishers bigger than us—MUCH MUCH bigger. And they sell a whole bunch of books and textbooks. But for them, business planning, entrepreneurship, and small business are an insignificant part of their business, typically farmed out to contractors to create.

That’s not how PlanningShop creates our products. Entrepreneurship and business planning is all we do. All our products are developed in-house. Our quality is consistent and high. We spend a lot of time focusing on the real-world needs of people like you—either entrepreneurs or students studying entrepreneurial subjects. We know the secret to success is to be the absolute best in a niche. That’s why when entrepreneurs, small business owners, or business faculty look for the tools and texts to grow a business, they turn to PlanningShop.

While we started as a book publisher, PlanningShop also developed digital products to provide even greater power and insight when planning and growing a business. Be sure to check out our Business Plan Financials and our newest digital product, BizGear, to help you master the skills and knowledge you need to succeed.

PlanningShop specializes in books, tools, and resources for entrepreneurship and small business. Our products are practical, hands-on, and based on the real-world experiences of successful entrepreneurs, CEOs, investors, lenders, and seasoned business experts.

Launched in Palo Alto, California, in the heart of Silicon Valley, PlanningShop didn’t start as a publisher at all. Founded in the late 1990s at the height of the “dot com” boom, the company—then with a different name—had the goal of enabling small business owners and entrepreneurs to connect with companies that could help them grow.

Founded by Rhonda Abrams and funded with angel investor backing, the company quickly secured partnerships with Microsoft, FedEx, and Compaq Computer. By the Fall of 2001, the company had run through most of its initial funding, but, luckily, was about to ink a big deal with Compaq Computer. Not only that, but another Fortune 50 company was also close to signing a deal. Things looked incredibly bright.

Early that morning, Rhonda and her team were at Compaq Computer headquarters in Houston, about to sign their big deal. On TV monitors, they watched live images of the World Trade Center Twin Towers falling. Tragedy had struck. Everything stopped. Both deals were dead. With U.S. airspace shut down and flights grounded, Rhonda and her team were stuck in Houston. Sitting in their hotel room, they realized their company had come to an end.

With some rough calculations scribbled out in that hotel room—and a fierce sense of loyalty—Rhonda realized that for one year, based on the side business of publishing her book, Successful Business Plan: Secrets & Strategies (she had bought back the rights from her publisher two years before), she could keep two key employees on the payroll for a year.

It was time to come up with a new business plan—and a new company. Back in Palo Alto, the team spent days creating a business plan for a publishing company. The result: PlanningShop. And it’s still in business after all these years. 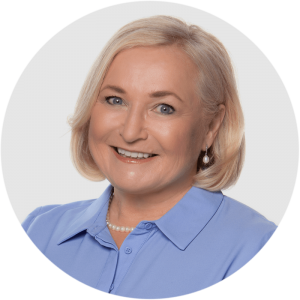 A serial entrepreneur. A passionate supporter of small businesses. An internet pioneer. A bestselling author. A well-known columnist. An in-demand public speaker. And also “the cool Aunt,” devoted animal lover, committed farmer’s market locavore, and fierce advocate for policies that aim to achieve a society with fair and equal treatment of all. Phew!

Throughout most of her professional life, Rhonda has been dedicated to helping entrepreneurs. She has helped millions launch and grow successful businesses. Her first book, Successful Business Plan: Secrets & Strategies is the bestselling business plan guide of all time.

Rhonda’s books have sold more than 2 million copies and been translated into 30 languages and include the popular titles Six-Week Startup, Business Plan in a Day, and Entrepreneurship: A Real-World Approach. Rhonda is the entrepreneurship/small business columnist for USA Today and, an entrepreneur herself, is currently the founder and President of PlanningShop.

Our Office Manager Extraordinaire comes from a background of education and editing/publishing. From student/instructor requests to column editing and book printing liaison, she does it all in our office with the beautiful harbor view. When not running the office, Emily reads books on the beach in Half Moon Bay, cheers on the Warriors, 49ers, and Giants or curls up with her big, black furball named Bowser. She graduated from Chico State and travels as often as possible.

Diana has been our book and marketing designer for over 15 years. Her experience also includes designing award-winning memoirs, cookbooks, documentation, game strategy guides and self-help books (dianarusselldesign.com). She enjoys golf, traveling, and reading… but having fun with her 6 darling grandchildren is what really keeps her busy.

Paulina is a freelance designer, who has worked with PlanningShop since 2012 to create a wide range of digital and print materials. She especially enjoys designing infographics, marketing materials, and transforming slideshows into visually engaging presentations (paulinaart.com). Paulina loves to take her work on the road, so Rhonda often asks, “Where in the world is Paulina Cioce?”

When it comes to working with corporate clients, Adeena, a PR powerhouse, is the one we turn to. She lives in NYC, with her hockey-obsessed husband and son, and Ranger, a rescue Havanese named after the NY Rangers.

For many years, Seth was known for his prowess on snow. As 8th in the world in slopestyle snowboarding, Seth performed the most death-defying tricks. He brings that same passion and skill to his work with a video camera whenever we need him. His companion animal is Jake.

ZuZu keeps things wagging at the PlanningShop office. She lets us (and everyone else) know when we have visitors or the delivery people have arrived. ZuZu is a rescue dog. She’s part poodle, part Pomeranian, part a bunch of other canine types, and a whole bunch of love in just 11 pounds.

Email updates Help for your small business during the pandemic

Sign up for special updates on small business financial assistance during coronavirus. Find out what kind of aid is available to you and how to get it.

This website uses cookies to improve your experience while you navigate through the website. Out of these cookies, the cookies that are categorized as necessary are stored on your browser as they are essential for the working of basic functionalities of the website. We also use third-party cookies that help us analyze and understand how you use this website. These cookies will be stored in your browser only with your consent. You also have the option to opt-out of these cookies. But opting out of some of these cookies may have an effect on your browsing experience.
Necessary Always Enabled
Necessary cookies are absolutely essential for the website to function properly. This category only includes cookies that ensures basic functionalities and security features of the website. These cookies do not store any personal information.
Non-necessary
Any cookies that may not be particularly necessary for the website to function and is used specifically to collect user personal data via analytics, ads, other embedded contents are termed as non-necessary cookies. It is mandatory to procure user consent prior to running these cookies on your website.
SAVE & ACCEPT