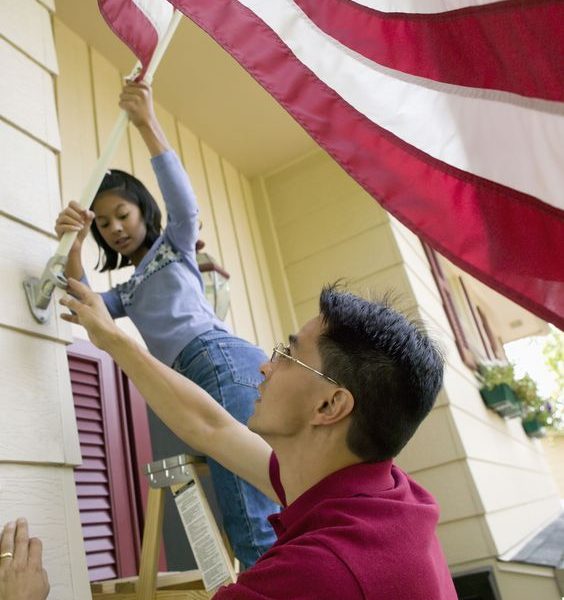 It’s the Fourth of July, and as you head to a holiday beach or barbecue, look around your town. Take a moment to notice and appreciate all the many small businesses—and large ones too—started by immigrants. As we celebrate America, we also celebrate what America has meant—and continues to mean—for immigrants from throughout the world.

A few years ago, I toured the neighborhood in Flatbush, Brooklyn, where my father grew up. My dad, Alex, was the son of hard-working, ambitious immigrants from Eastern Europe. Like most immigrants, they came to this shore seeking a better life for their children—more economic opportunity, more political and religious freedom.

Walking around my father’s old neighborhood was like taking a trip back in time—except these immigrants were from the Caribbean instead of Eastern Europe, black instead of white, and spoke with a different accent. But they were living much the same lives—students poring over homework in the library, kids playing in front yards, parents going off to low-paying service jobs or starting their own small businesses. Clearly, America meant the same to them as it meant to my family. And I could clearly see that these children were our future doctors and lawyers—and the future of America.

Immigrants are America’s not-so-secret strength. Some immigrants come here to save their lives, like the child refugees from Honduras. In many countries, being gay is punishable by death. And in so many places, girls and women are not allowed to be educated or pursue careers.  Most immigrants experience hardships—sometime death-defying hardships—to come here.

Throughout America’s history, most immigrants have been economic immigrants. They may come here for greater freedom or safety, but opportunity is generally the greatest motivation. (From Canada they come for the weather).

By being a welcoming place for immigrants, we make a bargain—they revitalize our country, and we give them a home—ideally, a welcoming home.

Immigrants overwhelmingly stick to their end of the deal. They bring us fresh, new ideas. They become our scholars. They win Olympic medals. They bring new food. They create businesses—small businesses—even entire new industries. They keep America vital and competitive.

Here are just a few statistics on immigrants’ effect on business and job creation:

Think of some of the many immigrant entrepreneurs who have made America what it is today:

We are all—with the exception of native Americans—the descendants of immigrants. That’s something to celebrate this Fourth of July.

This article originally ran in USA Today on July 3, 2015

7 Tips To Succeed In The Gig Economy
Next Post: 5 Things Entrepreneurs Do Before 9 a.m. Each Morning