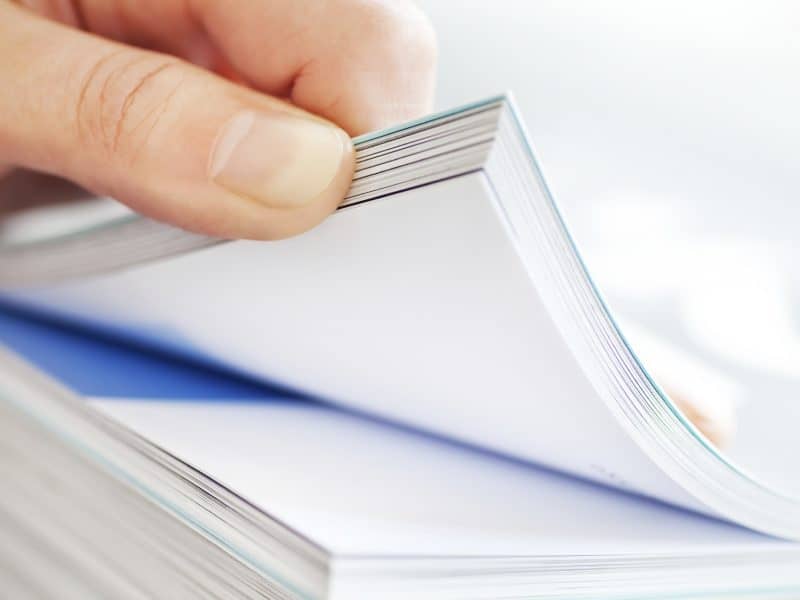 Challenge: Improve the footprint of one of the world’s most environmentally unfriendly industries—paper production

Solution: Focus the corporation on solving serious environmental problems rather than on profitability

Until 2010, the primary goal of all for-profit corporations had been, well, profit. This is codified in federal and state law, as well as in articles of incorporation for “C” corporations, LLCs, and other entities. Under the law, if corporate executives failed to focus exclusively on maximizing profit, shareholders could sue them for breach of their fiduciary responsibilities.

Jeff Mendelsohn, a socially conscious student of international relations at Cornell University, was following all this with great interest. Always intrigued by the relationship between business and government, Mendelsohn chose to have the environmentally focused paper company he founded—called New Leaf Paper—certified as one of the first B corporations.[4]

Mendelsohn founded New Leaf Paper in 1998 with the environmentally activist mission of becoming the leading national source for environmentally responsible, economically sound paper. He wasn’t after a renegade audience, either: He hoped to attract regular businesses, both large and small, to his products because those products met business needs. He also wanted to inspire—through old-fashioned commercial success—“a fundamental shift toward environmental responsibility in the paper industry.”[5]

At that point, the paper industry was in crisis. Although some environmentally sensitive people actually worked in the paper business, it was a group in need of a leader. Mendelsohn fully understood the complexity of the challenge. He knew that paper production was a dirty business. It polluted waters. It was responsible for the loss of native forests and biodiversity. In fact, paper production is the third largest industrial energy consumer in the world and one of the biggest emitters of greenhouse gasses.[6] Mendelsohn also knew that the industry was gridlocked and resistant to change.

The statistics are dismal, and Mendelsohn was smart enough not to fight them. According to the Better Paper Project of Green America, paper accounts for some 40 percent of the solid waste clogging up U.S. landfills, and is deeply poisoning the environment.[7] The U.S. Environmental Protection Agency (EPA) Toxic Release Inventory has documented that paper production is a leading industrial source of dioxin—a chemical that’s a major contaminant of water, soil, and, ultimately, our food supply. Dioxin has been found in fish, seabirds, and mammals, and is associated with many types of cancers and birth defects.[8]

New Leaf Paper products are all based on environmental specifications, use the highest percentages possible of recycled and sustainably harvested fibers, and are processed without any use of toxic chemicals. The company’s 100 percent postconsumer recycled paper, bleached without chlorine, has become the market standard. Competitors have since followed suit, and manufactured their own environmentally sound paper products, creating a ripple effect of positive environmental change.

New Leaf Paper products are used by organizations you’d expect, like the Sierra Club, but also by the less-expected, such as Dell Computer and Old Navy. Recognized for its truly innovative and inspiring approach to paper production, it has won many environmental awards, including the U.S. EPA Power Leadership Club, the Forbes Top 30, and the Sustainable Business Institute’s “Seal of Sustainability.” Turning over a new leaf, New Leaf Paper proves that a dedicated, well-run company can be both profitable and good for the earth.

What the Year of the Dog Holds for Your Small Business
Next Post: What’s at your Core?