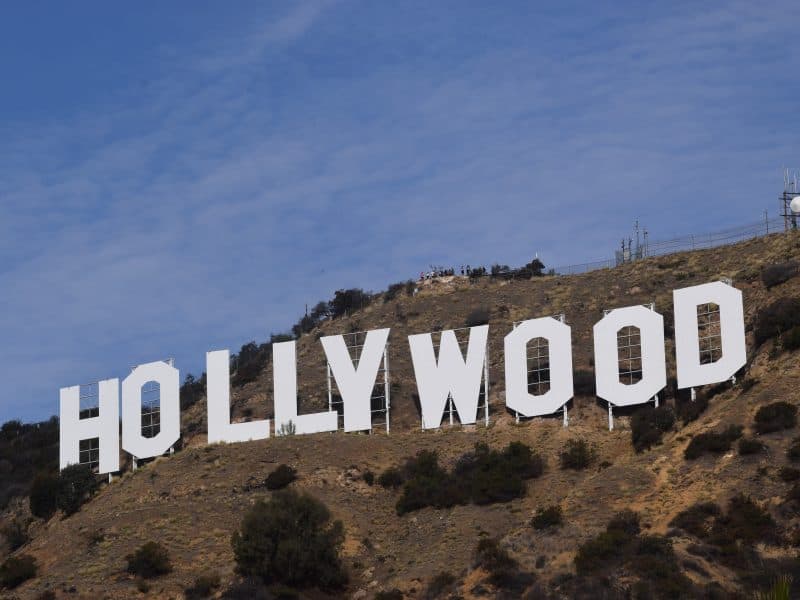 Of course, you’ll want to caution students that celebrities have an easier time getting businesses off the ground than the average person. They have little trouble raising money—or have their own funds to invest. And they’re instantly able to get media attention for their ventures.

Having a celebrity’s name on a product helps move merchandise, so many celebrities merely license their names and likenesses to other companies who do all the work except promotion. But many celebrities pull up their sleeves and get to work, helping their products and businesses grow, and learning a lot about entrepreneurship in the process.

Oprah, unlike most other celebrity entrepreneurs, became an entrepreneur well before she was a household name. Oprah’s talent enabled her to transform a small Chicago daytime talk show into the leading talk show in America. Her entrepreneurial spirit led her to take charge of her own future, creating her own production company—Harpo Productions.  As a result, Oprah became—and still is—not only a very, very rich woman, but one of the most influential people in the country. Oprah’s the Grand Dame of Celebrity Entrepreneurs.

Clooney loves drinking tequila, so he and two friends designed their own tequila recipe after sampling 700 recipes. In 2013, they launched Casamigos, investing $600,000 a piece. It was a darn good investment! Four years later, they sold it for a billion dollars.

Some celebrities start their entrepreneurial journeys young. This singer, actress, former Disney star, launched her own clothing line—Dream Out Loud—when she was just 18 years old. Gomez has had partnerships with brands as varied as Coach, Sears, and Kmart.

Johnson’s entrepreneurial reach is wide, and he’s focused on more than just making money. Magic Johnson Enterprises (MJE), founded in 1987, prides itself on bringing successful businesses to urban settings. MJE has had partnerships with Starbucks and Sony. He has controlling interest in a television network, a financial services company, and a food service and facilities management company. To top it off, he’s co-owner of the Los Angeles Dodgers.

Not many celebrities own very small businesses, but as of 2009, actor Steve Carrell was a shopkeeper in Massachusetts. Carrell owns Marshfield Hills General Store, a general merchandise shop in a small town where he and his wife spend their summers. I suspect Carrell’s not spending his time ordering jams or stocking shelves, but it’s nice to see a celebrity who’s a genuine small business owner.

Patchett may not have the name recognition of other celebrities, but in literary circles, she’s a bright light. Bestselling author of seven novels, including Bel Canto, The Patron Saint of Liars, and the just-published The Dutch House, Patchett owns and runs an independent bookstore: Parnassus Books in Nashville, Tennessee. Those of us who love independent bookstores admire Patchett for taking some of her fame to become an advocate for keeping these community havens flourishing.

Not many celebrities can say they’re active venture capitalists, but Kutcher can. In 2010, he launched his first venture capital firm, A-Grade Investments, and in 2015, he founded Sound Ventures. He’s been hands-on with product design and management at tech companies such as Lenova and Ooma. On top of that, he’s a human rights activist—fighting the sexual exploitation of children—and launched A Plus, a media company focusing on good news.

Over the years I’ve become friends with Rancic, who’s a true advocate for small business as well as a successful entrepreneur himself. This former winner of the first season of The Apprentice and spouse of Giuliana Rancic is also co-founder and co-owner of a chain of highly popular and scrumptious restaurants, RPM restaurants.

Also known as P. Diddy and Puff Daddy, this music star leveraged his fame and abilities to start an award-winning fashion line (Sean John), his own record label, music cable network, and invested in vodka. Forbes dubbed him the richest person in Hip-Hop, with a net worth over $820 million in 2017.

Turning Small Biz Stress into Growth
Next Post: Six Steps To Take Before The End Of The Year In Your Small Business